Independence Day: Why We Celebrate 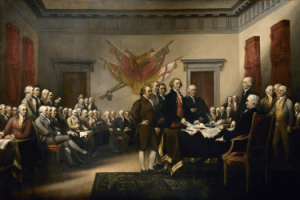 Declaration of Independence by John Trumbull

During the second year of the American Revolutionary War, thirteen North American colonies, under the rule of Great Britain, voted to declare themselves as independent.  This act is what eventually formed the United States of America.  While the actual vote for independence occurred on July 2, the Declaration of Independence was formally dated, finalized, and adopted by the Continental Congress on July 4.  This was also the day that John Hancock put his famous signature on the document.  It became known as Independence Day and has been celebrated in the United States ever since.

Fireworks have been around since ancient times.  However, John Adams may be responsible for their use in modern-day Independence Day celebrations.  He is known for penning a letter to his wife that called for a celebration with “guns”, “bonfires”, and “illuminations.”  He had hoped the anniversary of independence would be marked by this for years to come.  For the most part, his hopes came true.  While the use of firearms has dwindled out of official celebrations, fireworks have become a staple in the Independence Day celebrations of past and modern times. 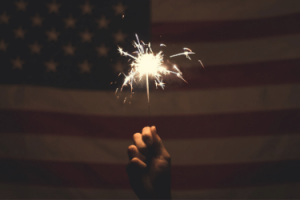 “We hold these truths to be self-evident, that all men are created equal, that they are endowed by their Creator with certain unalienable Rights, that among these are Life, Liberty and the pursuit of Happiness…”

The above quote from the Declaration of Independence proves how influential and powerful the document is.  From abolitionists to women’s rights activists, these words have inspired many throughout history.  These words are echoed in many documents, speeches, and more.  They speak of the equality and freedom that many have fought and died to preserve.  They speak of what leaders, past and present, defend and uphold.  Finally, they speak of what it truly means to be American.  So, remember, when the fireworks light up the night sky, we’re celebrating more than just a holiday.  We are celebrating our rights, our freedom, our equality, and all those who have sought to preserve our way of life. 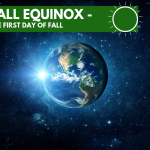