The Mystery of the Shamrock

What is the shamrock? 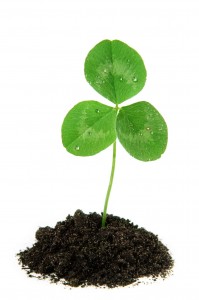 The shamrock may be the quintessential symbol of Ireland and St. Patrick’s Day, but that doesn’t mean it is without mystery and controversy. It can easily be said that very few symbols are as iconic as the shamrock. However, there is a great deal of uncertainty as to what constitutes a genuine shamrock. The fact is that there may not be an answer.

The problem may be in the word itself. “Shamrock” does not refer to a specific plant. Originating from the Gaelic word “seamróg”, it means “little clover.” This may seem straight forward.  A shamrock must be a clover!  Well, that really depends on where you live.  Time and culture have muddied this definition.  Over time, several plants have been considered shamrocks, regardless of the fact that some are not actually clovers. The most common culturally accepted “shamrocks” include the White Clover (Trifolium repens), Hop Clover (Trifolium dubium), Spotted Medic (Medicago aribica), and Wood Sorrel (Oxalis acetosella).

Herein lies the confusion. Some of these plants don’t even belong to the same families, but they have all been culturally accepted as a shamrock. In Ireland, the white clover is widely accepted as the shamrock. In the US, the wood sorrel, which closely resembles a clover, is often considered and sold as a shamrock. However, the Wood Sorrel is not a clover.  To further confuse the issue, the shamrock is sometimes considered a weed, a garden plant, or even a potted plant. It all seems to come down to preference, cultural norms, and possibly marketing..

One might say the shamrock wears many hats, but it may be better to say that many plants wear the “shamrock” hat.

Is the shamrock a weed?

Despite the iconic status of the Shamrock, it is not always a welcome addition to a landscape or garden.  For example, many people would consider White Clover (Trifolium repens) a weed.  Gardeners, landscapers, and homeowners often go to great lengths to eliminate the plant. Interestingly, this clover was once a desirable addition to lawns. It was a way to keep poor quality soil covered in green. However, when broadleaf herbicides gained popularity, they were found to also kill clover. Whether by a marketing ploy or just a matter of convenience, the clover was soon lumped into the weed category.  This shamrock’s luck had run out.

The lawn and garden shamrock? 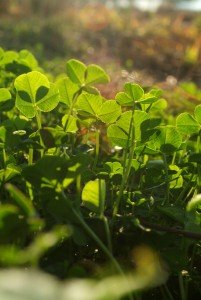 While modern attitudes may often cast the White Clover as a bane to the manicured lawn or garden, many organic gardeners are once again beginning to consider clover a desirable addition to lawns and gardens. Some even go so far as to say they that the White Clover is a perfect part of a living mulch system. They are wonderful pollinators that attract bees; they easily recover from being mowed; and they help to balance nitrogen levels in soil. As a lawn or groundcover, clover is low maintenance and can out compete many weeds.

What many in the US consider shamrocks (Oxalis) are sometimes desired for their aesthetic value, for example the Redwood Sorrel (Oxalis oregana) or the Silver Shamrock (Oxalis adenophylla) are commonly sought for the this purpose. However, the Oxalis can range in perception from the most “pesky” plant in the garden or lawn to a perfect edging plant. With a complicated root structure, they can drain the surrounding soil of moisture and nutrients. They are also very hard to remove, as they creep and cover ground easily. This need for moisture can put an unneeded burden on the soil and surrounding plants. 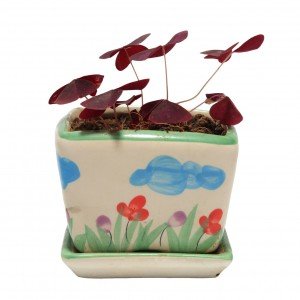 White Clover, Trifolium repens, is not the easiest potted plant to grow, especially indoors. This shamrock requires full to moderate sunlight, and it is susceptible to root rot. Also, it does better in flower boxes or trays because of how it grows. Trifolium repens is a low growing perennial herb that grows by shooting runners from the tip. These idiosyncrasies may be why Oxalis is more dominantly sold as a potted plant around St. Patrick’s Day.

As a potted plant, Oxalis does best in a potting soil with good drainage. It has dormant periods to monitor.  Dormancy can range from 1 to 3 months, depending on the type of Oxalis. During dormant periods, the leaves will die back and the soil can be kept in a cool, relatively dry environment. With proper watering and feeding, the plant can thrive without much care. These dormancy periods are very important. Care of the Oxalis requires cultivating the dormancy period when the plant begins to show signs of wilting or looking tired.

How did the shamrock get associated with St. Patrick’s Day? 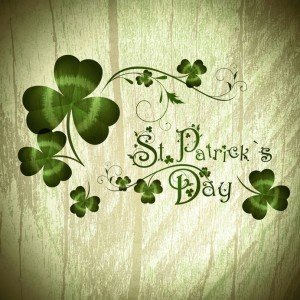 Legend says that St. Patrick brought Christianity to Ireland and did so partly by using this iconic three leaved plant. When discussing the Holy Trinity with pagans in and around Ireland, he used the plant to describe how the three-in-one relationship (Father, Son, and Holy Ghost) of the Holy Trinity worked. Thus, the shamrock is definitely linked to three leaves.

Eric W.
1 Stop Landscape Supply's communication manager has a background in writing, blogging, and social media. Along with a team of professionals who are dedicated to all things green, he is dedicated to bringing you trending news on landscaping, gardening, and the growing green industry.
Recommended Posts
Hours of Operation 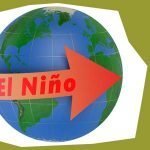 El Niño: Learning from the PastUncategorized 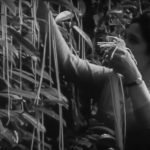